An In-Depth Interview With Eduardo Campos

The Economist has published an extensive interview with Eduardo Campos, governor of Pernambuco and leader of the PSB, the Brazilian Socialist Party. Mr. Campos recently joined forces with former Senator Marina Silva, whose Sustainability Network party failed to get enough signatures in order to be certified for the 2014 elections.

As of now, there has not been a decision about which of the two, Mr. Campos or Ms. Silva, will be the party's candidate for President. Instead, a party platform will be developed first.

The interview helps to clarify the often confusing alphabet soup of Brazilian political parties, as well as letting the reader get to know Mr. Campos and the positions he supports. 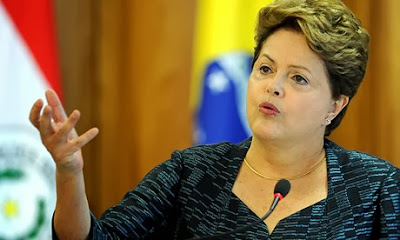 After suffering a steep decline in her approval rating and support for re-election after last summer's protests, Dilma's numbers are showing significant improvement.

According to an article in the NYTimes, her November approval rating is a very solid 58.8%, up slightly from September, when it was 58%.

The article cites Dilma's program to bring foreign doctors to help improve access to health care, her public works projects, and improvements in public transport as some of the reasons for her improved standing among voters.

"If the elections were held today, Rousseff of the Workers' Party would win 43.5 percent of the votes against 19.3 percent for her closest likely candidate, Aecio Neves of the main opposition party PSDB, and 9.5 percent for Eduardo Campos, the little known but popular governor of northern Pernambuco state.

If Rousseff ran against her biggest potential threat, former environment minister Silva, her advantage would drop to 40.6 percent versus 22.6 percent. Silva, who won 20 million votes in a presidential bid in 2010, last month joined Campos' PSB party to keep alive a possible run after electoral authorities barred her from registering her party."

But the article goes on to caution that Brazilian poll results are not considered to  be very meaningful until the onset of TV ads, which won't begin until 3 months before the election.

The poll showed that crime and violence in Brazil are major issues driving voter concerns, with 90% reporting that they are "very worried" about these problems.

Speed-talking Professora: You Will Not Be Bored

Yesterday, I wrote about a set of free video lessons dealing with Brazilian Portuguese grammar and usage, taught by Professora Céu Marques.

As it turns out, this is just the tip of the iceberg, and "Concurso Virtual" offers many other courses taught by a variety of teachers.

I sampled several of them, and even if you're not interested in the subject matter, it's a great chance to practice your Portuguese listening skills.

Professora Rafaela Motta will really give you a run for your money. She talks extremely quickly, slowing down only when she wants to emphasize a specific point. I found it somewhat more difficult to keep up with her than with Professora Marques, and besides the speedy delivery, Professora Motta uses her hands almost non-stop as she speaks. In between her "OKs?" and "Bellezas," she covers quite a bit of ground, and while much of it (as with Professora Marques) is fairly basic, it's a good review for anyone learning Brazilian Portuguese. (Note: in this particular lecture, the video freezes around the 6:00 mark, so you have to fast forward until it sorts itself out again).

All of this makes for an entertaining virtual class. And with Professora Motta, there is never a dull moment, let alone a moment of silence.
Posted by Phil at 11:03 PM No comments: 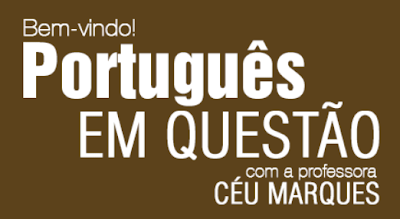 There's a free video course, consisting of 26 lessons covering all kinds of topics in Brazilian Portuguese grammar and usage. The course is called "Português Em Questão," and while it seems to have been designed for native speakers, it's accessible to non-native learners as well.

So far, I've only watched the introductory lesson (very short) and part of the first lesson, which is about 20 minutes long.

You can access the course by "liking" it on Facebook. Once you have clicked on "Like," you'll see the first couple of lessons. You can also register (for free) to view the rest of the lessons. The only information required to register is your name, an email address, and a password.

The teacher, Céu Marques, is dynamic and the lessons move fast. The teacher speaks rapidly, but even with my rudimentary Portuguese, I am able to follow her. For one thing, she slows down when she's explaining something, and she uses visual aids throughout the lessons.

This is definitely worth a look for anyone who has reached an intermediate level in their Portuguese studies.

The videos are also available on YouTube. Here is the first lesson.

While not on the same massive scale was seen in the first few weeks, protests continue in Brazil.

Last week saw allegations that an undercover policeman threw a Molotov cocktail during a demonstration in Rio, apparently in an attempt to discredit the protesters. The story even received detailed coverage in Globo, hardly known for its support of dissenters.

Meanwhile, the Pope's visit made news throughout the last full week of July, starting with his rather chaotic arrival, in which his vehicle was swarmed by eager crowds.

To his credit, the Pope seemed totally comfortable in spite of this obvious breakdown in security, and smiled as he greeted his fans. He took a well-deserved rest on Tuesday after all the excitement.

Supreme Court President Joaquim Barbosa appeared to snub Dilma during a ceremony in which dignitaries greeted the Pope. A spokesman for Barbosa later said that the judge had already greeted Dilma earlier and saw no reason to do so again.

The Pope abandoned most of the ceremonial trappings favored by his predecessor, wearing a simple white robe and making what appeared to be a genuine effort to connect directly with the people. His trip was seen as a success, and it has led to speculation that it may have helped re-ignite the fortunes of Catholicism in Latin America, where it has lost ground to evangelical Protestantism in recent decades.

The "Campo da Fé," which was constructed as a special venue for the Pope to say Mass, had to be abandoned because heavy rains turned it into a field of mud. Instead, the Pope said mass to a crowd of several million on the beach at Copacabana.

Brazilian Government Responds to US Spying

The Financial Times reports that the Brazilian government has responded to charges that Brazil was the largest target of US spying in the Western Hemisphere, aside from the US itself. A report published in Globo, co-authored by Glenn Greenwald, used information from documents released by Edward Snowden to support its claims.

The Brazilian government has asked for "clarification" on the allegations from the US Ambassador to Brazil, as well as through the Brazilian embassy in Washington DC. It will also work within the United Nations to impose limits on digital surveillance.

This all comes on the heels of Dilma's condemnation last week of the manner in which Bolivian President Evo Morales was treated, as he attempted to return to Bolivia from a trip to Russia. Mr. Morales' jet was forced to land in Vienna after several European countries refused to allow it to travel in their airspace. There was some suspicion that Mr. Snowden might have been aboard Mr. Morales' plane.

While no direct evidence has yet surfaced to prove that the European governments were acting at the request of the United States, many have assumed that is what happened.

The US has an unfortunate history of generations of meddling in Latin American countries. At best, the US has tended to treat its Latin American neighbors in a cavalier and disrespectful manner. At worst, in the past it has become actively involved in domestic politics (Argentina, Brazil, Cuba, Chile, Mexico, Nicaragua, and Venezuela, just to name some particularly infamous cases), with military invasions, propping up repressive regimes, or working to depose democratically elected leaders.

While US relations with Latin American countries have improved in recent decades, there's a great deal of negative history to overcome, and this latest revelation is a setback. For all of these reasons, it's understandable that Latin American leaders would be angry about the alleged mistreatment of one of their own. Indeed, they have every right to be.

Public opinion in the US about Mr. Snowden (and Mr. Greenwald) is divided, with some people calling them heroes, while other condemn Mr. Snowden as a traitor, and criticize Mr. Greenwald as a self-promoting publicity hound.

Regardless of one's opinion, it's a fact that Mr. Snowden has released classified government documents, in one of the largest security breaches in NSA history. It is suspected that he may have additional documents which he has not yet released.

On June 14, 2013, Snowden was charged by Federal prosecutors with espionage and theft of government property. As of now, he remains stranded in Moscow's Sheremetyevo International Airport. Several countries (including Nicaragua, Venezuela, and Bolivia) have offered him political asylum, but his US passport has been revoked, and without travel documents, it's impossible for him to leave Moscow.

Russian leaders have made it clear that they are running out of patience and would like to see Mr. Snowden depart from Russian territory, but it remains unclear how that can happen.

While the Brazilian people and their government are understandably upset by the latest news about massive US spying in their country, most observers believe that it's unlikely that Brazil would offer Snowden asylum. 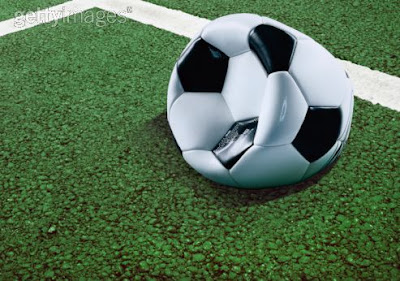 While recent news from Brazil has focused on the protests, with even the Confederations Cup receiving cursory coverage, a disturbing story reveals that soccer continues to arouse the passions of at least some Brazilians.

According to a story on Huffington Post, a soccer referee got into a fight with a player whom he had kicked out of the game. During the fight, the referee stabbed and killed the player.

The players' friends retaliated by attacking the referee, stoning him to death, and then quartered his body and impaled his decapitated head on a spike. A story in the Washington Post provides a few additional details.

The atrocity took place on June 30 in the state of Maranhão. It's important to put such events in context. Soccer hooliganism, often violent, occurs pretty much anywhere that the sport is played, and it's unfair to hold an entire nation responsible for criminal behavior by a handful of its citizens.

Nevertheless, this is not the sort of publicity that Brazil wants as it prepares for the World Cup, especially coming on the heels of protests which involved picketing, violence, and at least one death outside soccer stadiums during the Confederations Cup.
Posted by Phil at 11:50 AM 2 comments: 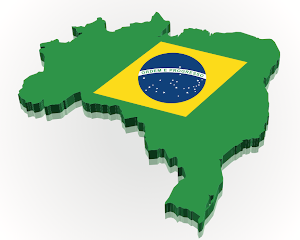